Why should you consider Mediation? 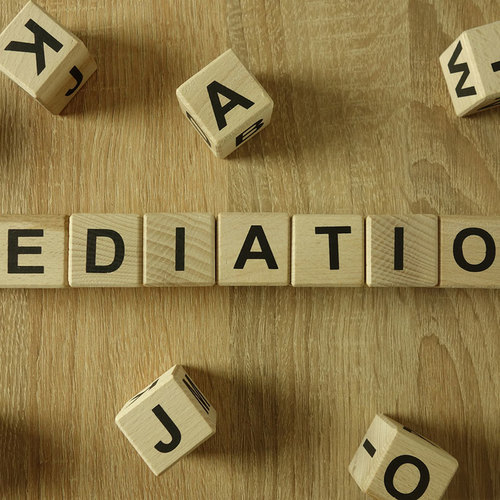 Separating from a spouse or partner can be costly. In 2019, The average, lawyer-drafted, non-contested Separation Agreement costs between $7100 and 8500 in 2019[i]. Canadian Lawyer Magazine further noted that in Ontario, the average lawyer charged between $7,500 to $12,500 for a contested divorce. However, the legal costs associated with a subsequent trial were higher. For instance, a five-day trial could cost as much as $32,000 in legal fees for one’s own lawyer.[ii] There are also other costs associated with family law litigation. This includes expert witnesses to testify on matters involving the best interests of the children or the property and income of the parties. These can easily add a further $15,000 to the overall costs of litigation.[iii] The unsuccessful party to the litigation may even be ordered to reimburse the successful party for the costs of lawyers and experts (in addition to being out of pocket for their own similar expenditure). There are also fixed fees, such as the $632 court filing fee.[iv]

Mediation is a less expensive option

However, separation does not have to be expensive, nor adversarial. In fact, there is a cheaper and preferred option, namely, mediation. Thus, “in Ontario, there has been major systemic change” “to encourage mediation”, so “the parties to work out their differences themselves”, such that “The costs, stress, emotional damage and waste of time of much litigation can thereby be avoided.”[v] Mediation is also encouraged “because disposition of family disputes often occurs more quickly with less cost to the parties and to the justice system” and “because parties fashion solutions to the problems they face with the help of an experienced mediator, parties are more satisfied with the solutions they reach.”[vi]

An aggressive approach to an ex-spouse or partner may also cause significant regret in the long-run. For instance, in one study participated in by the University of Alberta “half of those considering divorce had a significant change in their feelings when they were asked again a year later.”[vii] This demonstrates that the immediate reaction of a person to separation may not align with how they feel down the line.

The reality is that mediation is also likely to produce a result which better aligns with the interests and expectations of the parties, than the outcome of litigation. For instance, “mediation allows the parties to explain and validate their respective needs, interests or concerns, and permits the parties to draft a solution or settlement of their own making, rather than one imposed upon them by the court. Mediation allows the parties to work to the objective that the settlement achieves everyone’s acceptance, such that each party can live with the solution or solutions. It dismisses the win/lose mentality as being offensive to common sense, logic and reason. Most important, in mediation the ingredients of an acceptable solution may be unique, specific and far in excess of a court’s jurisdiction and usual remedies.”[viii]

The children of a separating couple may also suffer significant harm. For example, one judge noted that “The single most damaging factor for children in the face of divorce is exposure to conflict.  The more repeated or continuing the conflict, the greater the risk to the child.”[ix] In addition, studies have shown that “high levels of parental conflict during and after a divorce are associated with poorer adjustment in children.” Thus, “Children fare better if parents can limit conflict associated with the divorce process or minimize the child's exposure to it.”[x] In fact, the Supreme Court of Canada has accepted that “studies of both the effects of divorce and the role of conflict in the subsequent family life indicate that children often suffer more extensively than is generally acknowledged on divorce, and that those who must endure continuing conflict after divorce stand at serious risk of harm down the road.”[xi]

The children of the parties also benefit from mediation. For example, normally, “it is in the best interest of children to avoid litigation between their parents”, as “continuing, serious, unresolved conflict between parents leads to loyalty conflicts in children that affect their development, often permanently”. In fact, while litigation “resolves the issue”, “rarely does it resolve the conflict.”[xii] Therefore, “It is the children who suffer from the chaos, uncertainty and delay inherent in a traditional lawsuit.”[xiii] This is unlike mediation, which can not only “assist the parents in coming to a resolution”, but also “be educational”, in “that it might assist them in resolving future conflicts inevitable when two parents are trying to raise children”.[xiv] “.  Therefore, “Whenever a matter can be resolved amicably and civilly between the parties without the necessity of what can often be a vitriolic battle in court, it is in the child’s best interests.”[xv] Indeed, courts have noted that “Children suffer the least ill effects from divorce where parents put aside their differences and co-operate with respect to the children.”[xvi]

There are also added benefits to mediation. For instance, a party to mediation cannot be ordered to pay the costs of the other party related to the mediation.[xvii] In contrast, a party who refuses to participate in mediation and proceeds to court may be penalized through an order to pay the other party’s legal costs in the litigation.[xviii] In addition, mediation is 100% confidential. Thus, no evidence is “permitted in subsequent litigation as to what the parties said in the mediation or as to the details of draft settlement documents that were prepared.”[xix]

Sign up for our email newsletter for divorce tips and to learn about new services.